Tribe from the Brazilian Amazon 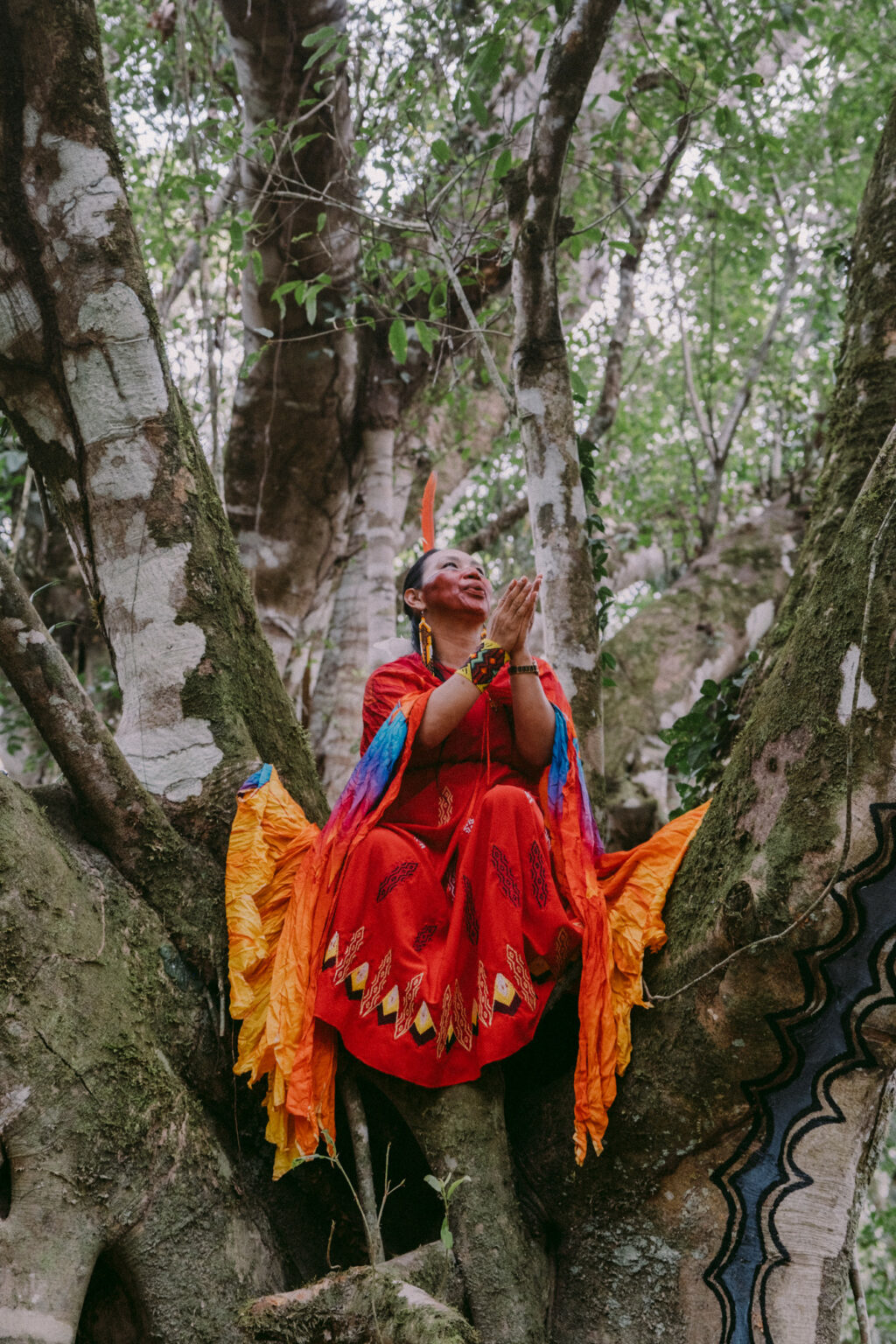 There are approximately 1200 Yawanawa living in the Brazilian state of Acre, in villages along the banks of the Gregório river, where they have made their homes since time immemorial.

The Yawanawa people’s first contact with the non-indigenous world happened around the 19th century. It was an intense period of much conflict with the rubber barons and missionaries who invaded their lands and tried to forbid Yawanawa language, culture and spirituality. In the 1980s, chief Biraci Nixiwaka Brazil led his people in the fight for the recognition of their native territories, and the Yawanawa became the first indigenous people to obtain the official rights to their lands in the state of Acre.

The Yawanawa have since then reclaimed their sacred medicines, rituals, song and dance, festivals, games, traditional body painting and adornment, artwork and food, in a profound journey of cultural revival. 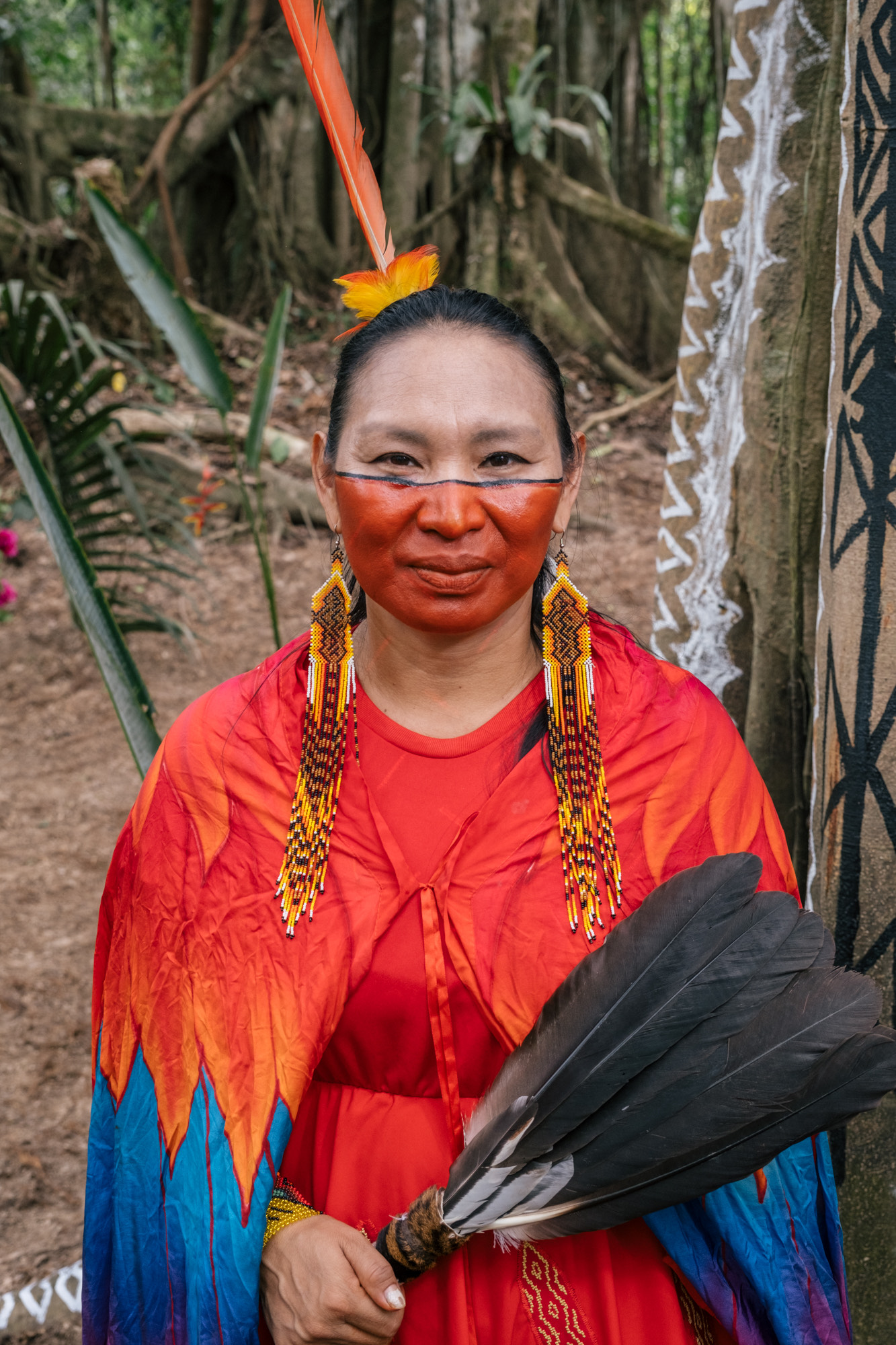 After a year of strict diet, Putanny earned her community’s  respect as spiritual leader, opening the way into this sacred path for other Yawanawa women. A break in tradition that united the male and female universes – and brought in the magic of feminine spirituality to strengthen the Yawanawa culture.

Putanny has been receiving visitors for immersive journeys  in the village since 2016.  Participants experience Yawanawa Culture and spirituality at its source, while contributing to the maintenance and development of the e Ceremonial Center in Aldeia Sagrada, the Sacred Village of the Yawanawa people.

Nawashahu is the eldest daughter of Putanny and the chief Biraci Nixiwaka. She has been brought up to become a leader. Nawa and her sister, Ykashahu, have been very dedicated to their studies of  Yawanawa spirituality, dieting with the elders and always seeking to learn more from the leaders of the tribe. Nawashahu is a guardian of this knowledge and a very talented singer, who has accompanied her parents in their work and travels outside the villages since early age. 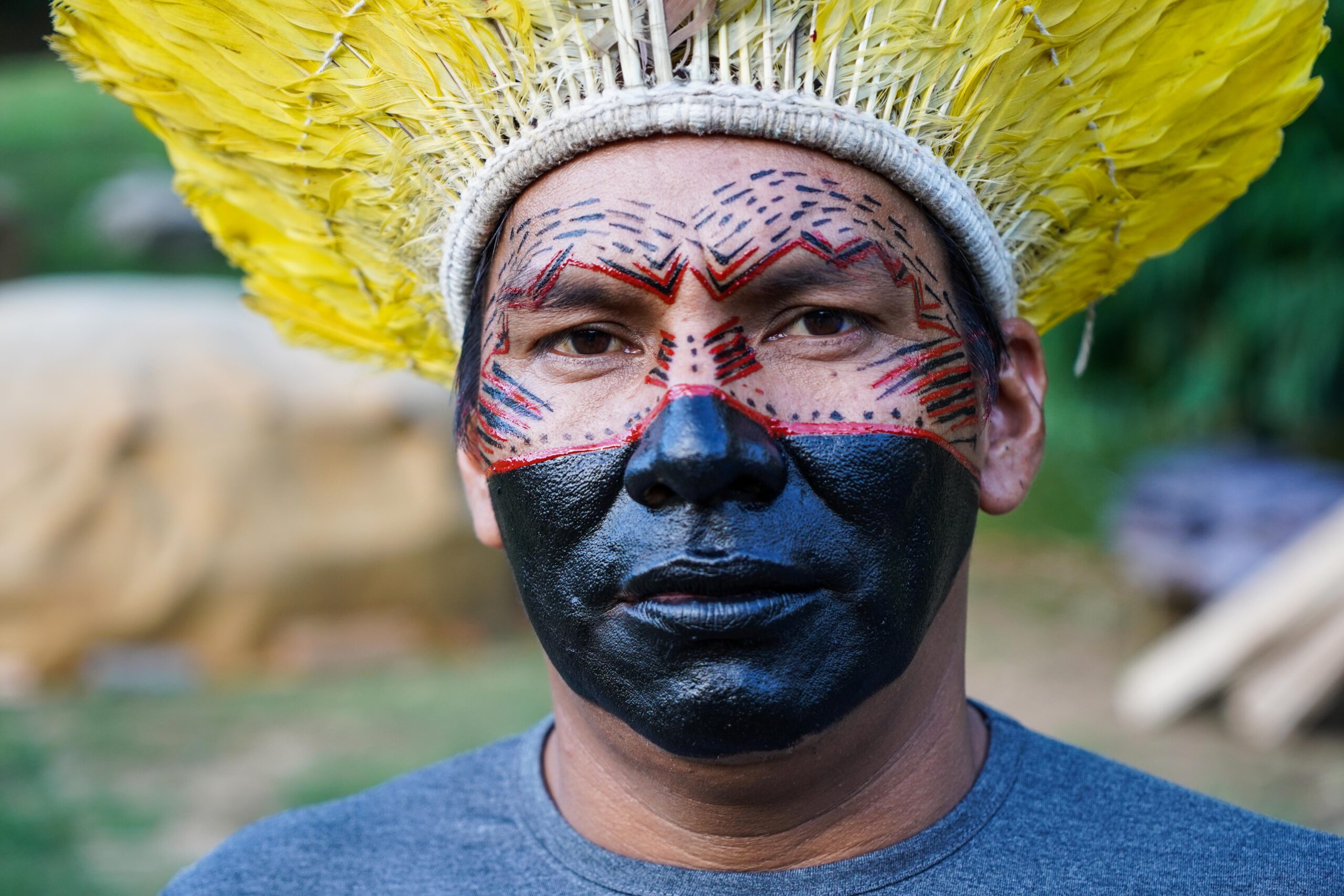 Peu is one of the most devoted spiritual leaders from the younger generation of the Yawanawa people. He committed to the sacred “samakei” (diet) – the Yawanawa’s highest spiritual initiation – for five consecutive years. In this period he received direct teachings from the elders Tata and Yawa, who have recently passed away.

His studies with the elders brought exceptional  strength to his work with the sacred healing prayers of his ancestry. Today, Peu is responsible for preparing and serving the medicines in the Sacred Village. He is also a talented musician and has traveled to Europe, North America and Asia sharing Yawanawa spirituality.