The healing work of PachaMama is held in spaces throughout the village. 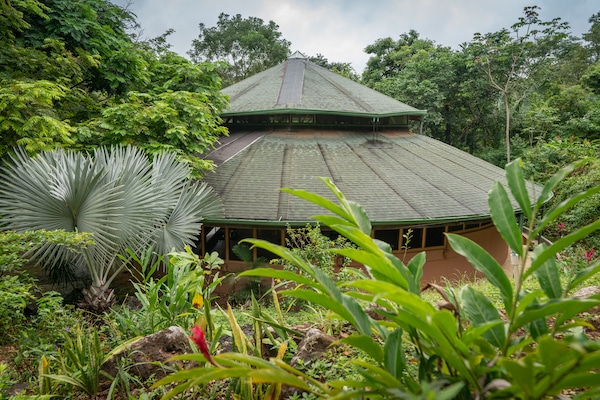 For more than 15 years, The Osho Hall has been the energetic center of PachaMama – a meeting place for the buzz of life in the village to collect and cleanse at the end of each day.

Daily Silent Sitting is held here, as are weekly Sharing Circles which open an opportunity to share and listen to one another.

The Osho Hall was constructed several years after the founding of PachaMama, when the community felt ready to anchor the meditative work in this temple of awareness.

The Silent Retreats, Yoga groups, as well as the White Night ceremonies are all held in this sacred space. This hall is regarded as the heart of PachaMama’s beat. 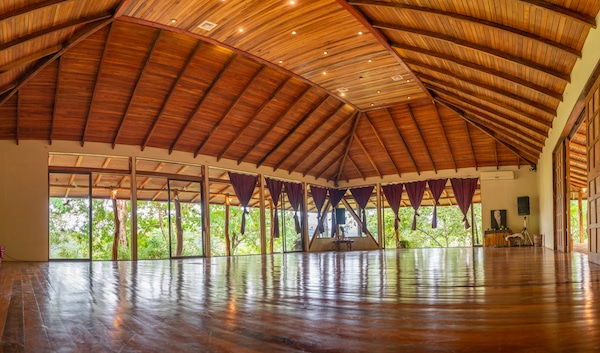 A Space for Transformation

The Tara Garden has stood nearly as long as the PachaMama Community, a space for holding transformational workshops enveloped by the forest.

Most workshops are held here – from dance and movement, to trauma release and inquiry work. The Body Cleanse also holds its group sessions in this space.

The open design and hardwood floors make the Tara Garden nurturing space to travel deeply within while also feeling a connection to the natural surrounds.

The Bamboo Shala is a smaller, more intimate space for group workshops to take place. Surrounded by the native forest, the Bamboo Shala hosts workshops, movement arts (such as pilates or Tai Chi), and yoga.

Ceremonial Space Next to the River

The Maloka is located beside the river – a ceremonial space to connect with the elements. In traditions from Colombia and Peru, a Maloka is a communal gathering space, an energetic meeting point for sacred family connection. It is a space for ceremony and healing.

Sitting on the earth, in an open-air space, in front of a ceremonial fire, with the river running beside it. The Maloka is one of the hearts of the Red Road traditions honored here in PachaMama.